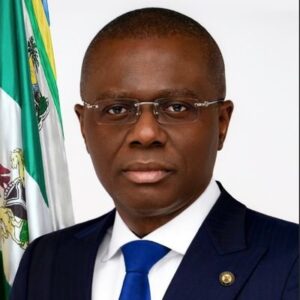 For those who knows me, l don’t engage in frivolities. It is high time NAPPS Lagos State reclaim her position in the scheme of things before Proprietors and Proprietresses are all sent to their untimely graves because of the excesses of Lagos State Government officials who are now wearing the toga of tin gods.

The officials of the Quality Assurance Department of the Lagos State Ministry of Education are highly culpable in the death of this our darling erstwhile Chairman of Mushin Local Chapter of NAPPS, Lagos State.

Private Schools across the State resumed on September 21, 2020 after six months closure. The lockdown was unprecedented for private schools in Nigeria but everybody accepted it as one of those sacrifices to make so that the life of children in our care, our Staffs as well as we Proprietors can be safe from COVID 19.

According to reports, officials of the Quality Assurance, Mushin Local Government Council resumed with the school on Day 1 causing unnecessary commotion in the school looking for what is not available in their own public schools. After turning the school upside down, they left but not without demanding for envelope.

Meanwhile, the leadership and members of NAPPS in the Chapter have resolved at a meeting that all NAPPS schools in the Mushin Local Government Council should use the first three weeks to rush through the Third Term syllabus of 2019/2020 Academic Session and hold examination in the fourth week so as to give the children in their care a brushing before promoting them to the next classes.

What more could a caregiver do than this? In return for this fantastic idea they agreed to charge a flat rate of N10’000 to cover lectures, printing of examination papers and token salary for the teachers.

Some of the parents of Summerland Schools, Mushin vehemently refused to pay the fee and threatened to bring down the gate and overrun the school.

Police were called in to restore orders but some particular set of parents boasted about their connections in Alausa and threatened to close down the school the next day.

True to their threats, 8 officials of the Quality Assurance stormed the school on Tuesday morning despite the fact that their Mushin Local Government office counterparts visited the same school on Monday, September 21, 2020. They came with instructions and subjected the poor Proprietor to another round of unnecessary harassment and intimidation.

Pastor Onifade was a patient with some history of High Blood pressure. He went through a rigorous verbal and psychological stress from these people again from morning till later in the day when they left.

Ladies and Gentlemen, when did it become the function of the Ministry of Education to decide how a private School run its affairs financially.

How many banks, hospitals, Law Chambers have been ridiculed as much as schools by government officials under this regime?

Do you need a truckload of officials to come on a fact finding job as easy as what amount to charge for services rendered.?
Is it a sin to run a Private School in Lagos State again?
Let the Ministry of Education tell us.

To say this is happening under a Ministry headed by a former Proprietress of a private school is ridiculous.

Under former Director, Quality Assurance Department, Mrs Ronke Soyombo this did not happen yet the level of compliance was greater.
Why should a connected parent run the child’s school for the proprietor? This is absurd and cannot stand.
The Commissioner should not just sit is Alausa and read reports sent to her by her officials without having a third opinion.

Following on the recklessness of the Quality Assurance Department of Lagos State Ministry of Education are the Health Officials from the  Local Government Councils and Area Councils.
They storm private schools in private Trucks and cars and issue orders as if they are Army of Occupation in private schools. They condemn some Certificates of Fumigation as fake even when private schools have done the needful. They insist on their own fumigators who call prices as high as N25’000 to fumigate an 8 rooms bungalow and N50’000 and above from multi- storeys buildings!!!
How many of their own schools are habitable now as we speak?

Madam Commissioner should know that these are private schools that had no support from government at all levels throughout the 6 months closure.

The so called palliatives for the teachers are not fit for Refugees Camps.

Public schools are supposed to be models for private schools. As much as 80% of the public schools are roofless in my area as l write this piece and these are the same people who are causing commotions and leaving tears and blood in their trails when they visit Private Schools.

I am pained when l see a government that cannot kill a rat ridiculing a private individual who caught a rhino alive.

Proprietors in Lagos State should be ready to rise up once again and say in unison that Private Schools are not an extension of the Ministry of Education nor are they employees of the government.

If Lagos State Government cannot lighten our burden, they should not be an obstacle.

Enough is Enough….. Madam Commissioner, you have a date with history.
The earlier you sit tight and check these excesses of your staff the better.
If this government cannot safe us during the rains, then don’t expect our support when the sun is up.
Everything that has a Beginning ultimately will have an end.

To fellow Proprietors and Proprietresses, let me assure you that after every rainfall there is sunshine. Our sun shall shine whether they like it or not. Just continue to carry on.
Let the Christians invoke the *Holy* *Ghost* *Fire* on our detractors while the Muslims should chant *Tabatiada* for those whose prayer for us is to work without enjoying the fruits of our labour.

May the soul of our hardworking colleague, Pastor IDOWU ONIFADE rest in peace, Amen.

After the celebration of International Youth Day 2020 in August, the Honourable Minister of Youth… 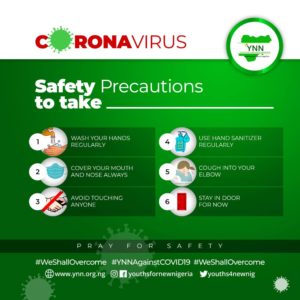 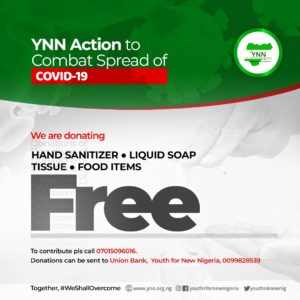